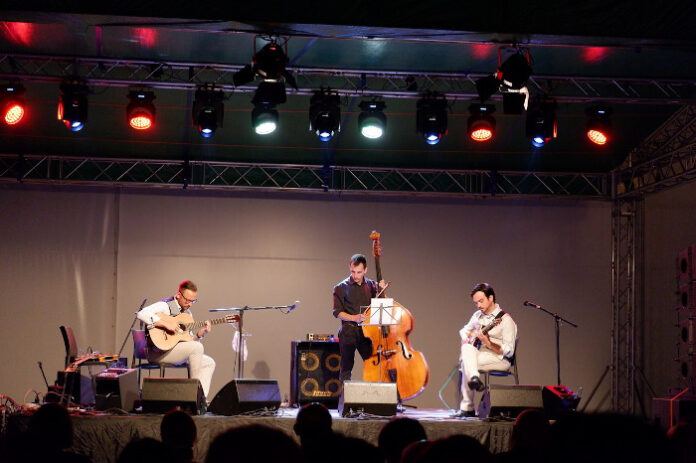 Skopje Summer Festival 2022: “We invest in the culture which unites us”

Jazz Concert of the Jim Politis Quartet at Skopje Summer Festival 2022: “We invest in the culture which unites us”

A successful jazz music concert of the Greek band ‘Jim Politis Quartet’ was held on Wednesday, July 06, 2022, at 9:00 p.m. at the East Gate Mall in the framework of the Skopje Summer Festival 2022 under the auspices of the Secretariat General for Greeks Abroad and Public Diplomacy with the support of the Public Diplomacy Office of the Embassy of Greece in Skopje. The concert was attended by the Ambassadors of Spain and Austria in North Macedonia, as well as about 250 guests.

At the beginning of the concert, a video message from the Secretary General for Greeks Abroad and Public Diplomacy, Mr. Ioannis Chrysoulakis, was displayed on a large screen. In his greeting, Mr. Secretary General emphasized, among other things, that “the Secretariat General for Greeks Abroad and Public Diplomacy promotes Greek culture, artistic creation and expression. It supports every initiative that brings us together and travels Greece all over the world by using culture as a vehicle … It supports any initiative which promotes and highlights intercultural dialogue, because culture is considered as a key pillar of stability and prosperity”.

Furthermore, Mr. Konstantinos Prokakis, Head of the Public Diplomacy Office of the Embassy of Greece in Skopje, addressed the attendees and emphasized that “North Macedonia and Greece have a remarkable jazz scene, which could be a potential meeting point for the cooperation of young artists from both countries. The Skopje Summer Festival is one of the most recognizable cultural events in North Macedonia and therefore the concert is a great opportunity for artists, music lovers and the wider public of the two countries to meet and get to know each other and amuse themselves.

In other words, the Office of Public Diplomacy of the Embassy of Greece in Skopje and the Directorate for Culture and Arts of the Municipality of Skopje are investing in the culture that unites us.”
In the artistic part of the concert, the musicians Dimitris Politis (guitar), Giorgos Patsiotis (guitar) and Ilias Karkavelias (double bass) delighted the jazz-acquainted audience with their exceptional skills and virtuosity, their ingenuity in improvisation and the fusion of wide range of different musical styles, eliciting rave comments from the guests after their performance. 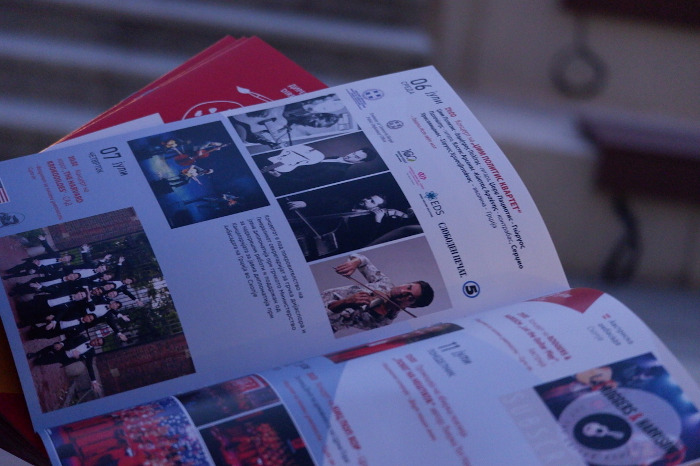 In the past seven days, the mass media of North Macedonia devoted dozens of reports to the first participation of a Greek band in the Skopje Summer Festival 2022 after a long time.

The sponsors of the event were Greek interest companies such as Pivara-Skopje (Coca Cola Hellas), Stopanska Banka (National Bank of Greece) and Energy Delivery Solutions (PPC). Media sponsors were the largest newspaper in North Macedonia, ‘Sloboden Pechat’, and the largest TV station, “Kanal 5”.

You can watch the Jim Politis Quartet by clicking here