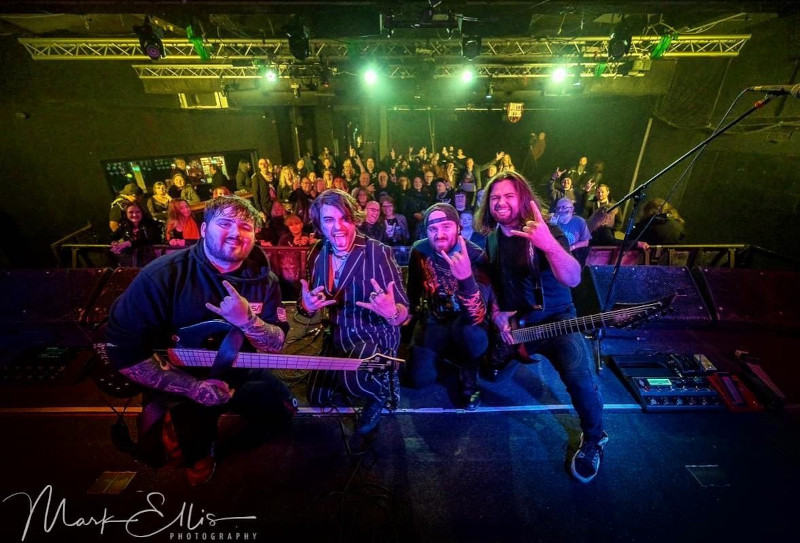 Sheffield’s rising stars of Alternative Metal ‘Shadow Smile’ return with their new single ‘Signed in Blood’.  This is the title track from their crowdfunded debut album expected to be released in coming months. Produced by Daniel Jeffery and Mixed by James Pinder (The Wildhearts, While She Sleeps, Malevolence) at Treehouse Studios (UK), the single provides an explosive taste of things to come from the British outfit featuring Connor McGovern (Vocals), Adam Smith (Guitar), Ethan Goebel-Todd (Bass) and Joe Fletcher (Drums).

After eight successful self-released singles, ‘Signed In Blood‘ shows Shadow Smile have channelled their varied influences (ranging from contemporary acts like Bring Me The Horizon and While She Sleeps to the stadium filling sounds of Metallica, Def Leppard and Queen) into an accessible yet defined take on Metal, perfect for the 21st century. As part of an overarching concept album about the Seven Deadly Sins, ‘Signed In Blood‘ is written from the perspective of Mephistopheles and sees the listener begged, taunted and bribed into selling their soul. This acts as a metaphor for the way in which people are guilt-tripped into following societal trends and often turn their back on their own core values for prizes that simply aren’t there. 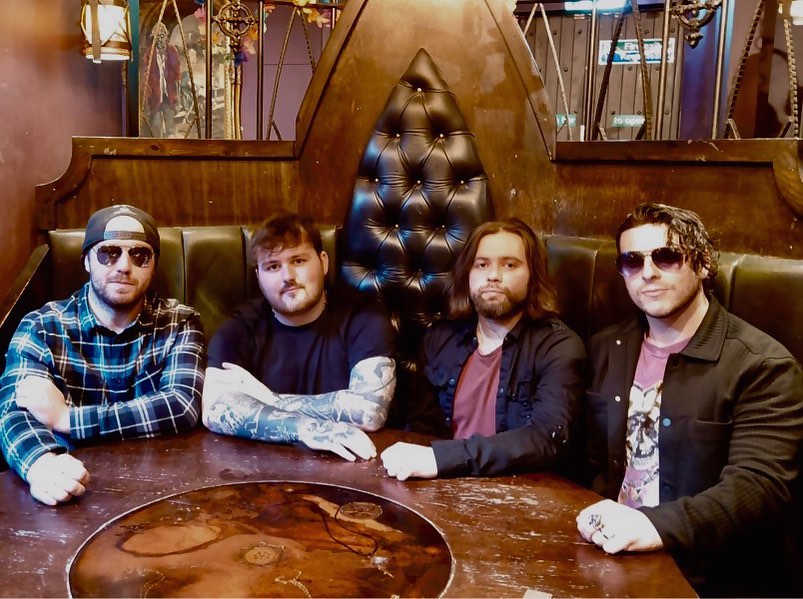 Lead vocalist Connor McGovern comments – ‘We wanted this song to be a modern take on songs like ‘Sympathy For The Devil’ by the Rolling Stones where the listener is being told why they should forget their morals and join the dark side. Those songs have always been a lot of fun and fit perfectly with the dark Shadow Smile imagery’.

27th May – Call Of The Wild Festival – Lincoln