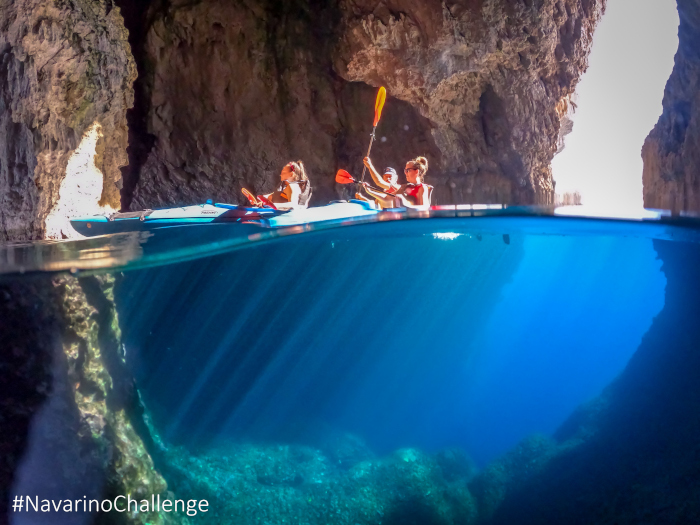 Sports festivities for the 10 years of Navarino Challenge

With the central message, “Sports Unites People” and embracing the purpose of the Olympic Movement, this year’s Navarino Challenge had more than 3,000 participations, with people of all ages, from 1 month old to 90 years old as well as people of all abilities, with more than 20 athletes with disabilities, who participated in the activities, in a full schedule that hosted the participants at The Westin Resort Costa Navarino, The Romanos, a Luxury Collection Resort and W Costa Navarino.

Navarino Challenge became a part of the amateur and professional athletes who participated, as they all shared the same values, in the presence of Olympians, having the magnificent Messinian landscape and the Navarino bay as their background scenery. The unique sports tourism celebration gathered athletes, families and children from 23 countries such as: U.S.A., Argentina, South Korea, Russia, United Kingdom, Germany, France, Finland, Netherlands, Spain, Italy, Austria and Turkey, with sports as their common denominator.

A night dedicated to the 10 years of Navarino Challenge

On Saturday night the awards ceremony for the event’s 10-years anniversary took place, filled with memories, emotions & sports stars. The ceremony was presented by the actress and TV presenter Nadia Kodogeorgi. The event said goodbye to a friend but mainly a human, a top athlete but also a role model, the two-time silver Olympic medalist in Tae Kwon Do, Alexandros Nikolaidis, with a special and emotional message from his wife Dora Tsambazi, who united all the people with a huge hug. The ceremony was greeted by the Hall of Famer, Olympian & European Basketball Champion, Panagiotis Giannakis, as well as the Greek-American ultramarathon Konstantine Dean Karnazes.

The following athletes were awarded:

Massive Participations in the Running Activities

Amateur and professional runners, clubs, as well as athletes with disabilities from the sports club DiaforoZO took part in the running routes of this year’s Navarino Challenge. The participants ran in the Half Marathon powered by Miele, in the 10km powered by Stoiximan and in the 5km powered by Samsung even with their pets, while hundreds of children ran in the 1km powered by Vikos.

Unique gifts, the richest ever, were given to all participants. In particular, Samsung Electronics Hellas offered the unique Samsung Galaxy Buds Pro wireless headphones to the 5km finishers, Miele offered a t-shirt finisher, while all participants received the event’s official t-shirt designed by Luanvi, Official Sports Supplier of Navarino Challenge, which featured the design of a Griffin. At the same time, 10 lucky winners won the unique Miele Triflex Cat & Dog vacuum cleaner.

Vikos natural mineral water was once again next to all the athletes taking care of their hydration, while the Half Marathon runners empowered their strength with the ReCharge Gel energy gels and the MoiMüv Protein Flapjacks of GymBeam. Target Security took care of the participants’ safety, while Fysiotek undertook the rehabilitation and recovery of the athletes at their finish.

You may see the results of all running routes here: https://bit.ly/3DuOBCs 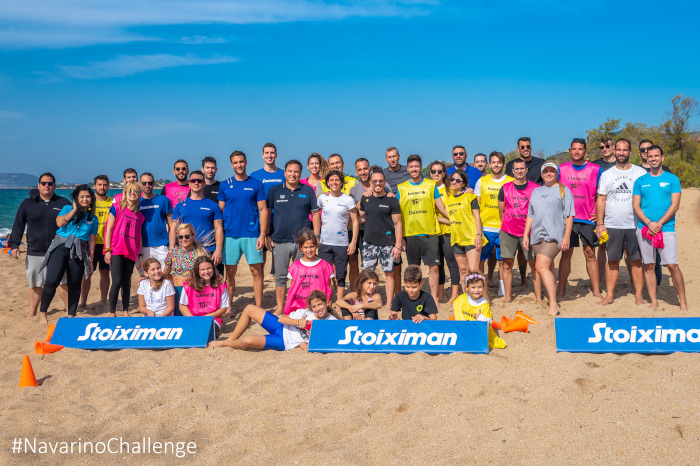 Throughout the event, the registration area was transformed into a unique exhibition space where attendees had the opportunity to experience the possibilities of the fourth generation Galaxy Z Flip4 and Fold 4 foldable smartphones, which push the boundaries of technology, as well as Samsung’s largest tablet to date, the Galaxy Tab S8 Ultra. In addition, all participants got to know the top wearables of Samsung Electronics Hellas, Official Technology Sponsor of the Navarino Challenge, the brand-new Galaxy Watch5 smartwatches and the Buds2 Pro wireless headphones, for immersive sound on the go. At the same time, the participants admired the unique high-quality household appliances of Miele Hellas, the event’s Official Sponsor, Luanvi’s unique collection of clothing and sports equipment, while they got to know the new “Orophographia” series of Kois Optics, which combines excellent quality and high aesthetics.

Moreover, Europa, one of the most powerful extrusion companies, supported the event as Official Sponsor, highlighting sports and Olympic spirit as well as the participation of athletes of all abilities and ages by bringing to the forefront the noble virtues and sports values, that Europa supports ​​for years through its extensive social responsibility program, Europa Cares. 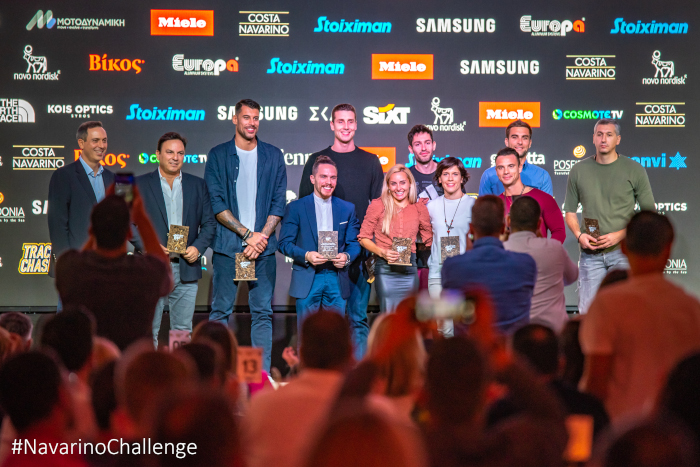 This year’s Navarino Challenge schedule was the richest ever in its 10-year history. The following activities were presented:

During this year’s event, the global pharmaceutical company Novo Nordisk, as the event’s Strategic Healthcare Sponsor, organized a seminar to inform and raise awareness among the audience about the chronic issue of obesity and its recognition/emergence as a disease. Key speakers of the seminar were the Greek-American ultramarathon Konstantine Dean Karnazes, the EuroLeague Legend and European Champion with Real Madrid Joe Arlauckas and the ultramarathon from Messinia Vasilis Koumanakos, while the Market Access & Public Affairs Director of Novo Nordisk Ms. Mary Karageorgou greeted the audience and referred to Novo Nordisk’s campaign #PameNaXasoume. 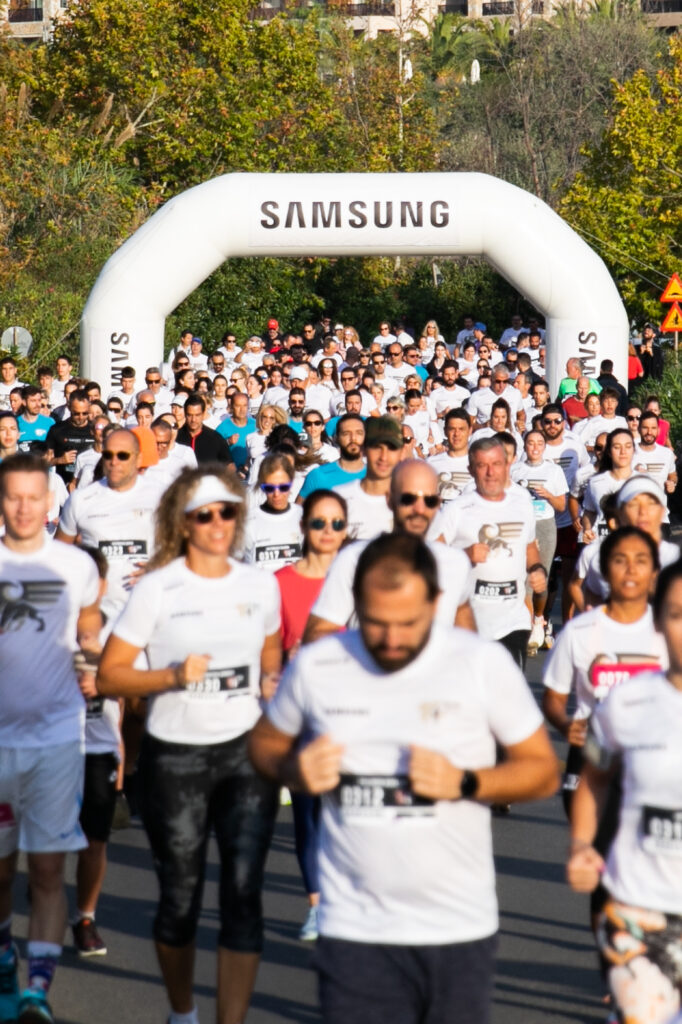 Athletes and ambassadors of the event moved with the safety of Sixt cars of MOTODYNAMICS group, the event’s Premium Mobility Partner.

At the same time, the participants in the tennis and padel tournaments received rich gifts from Dunlop.

Stoiximan was the event’s Grand Sponsor.

Samsung Electronics Hellas supported the event for another year as its Official Technology Sponsor.

Europa and Miele were the event’s Official Sponsors.

Luanvi was the Official Sports Supplier.

Sixt of the MOTODYNAMICS group was the Premium Mobility Partner.

The North Face was the Outdoor Partner.

pi3 was the Sustainability Partner.

SKAI was the Premium TV Partner.

Deree – The American College of Greece was the Educational Partner. 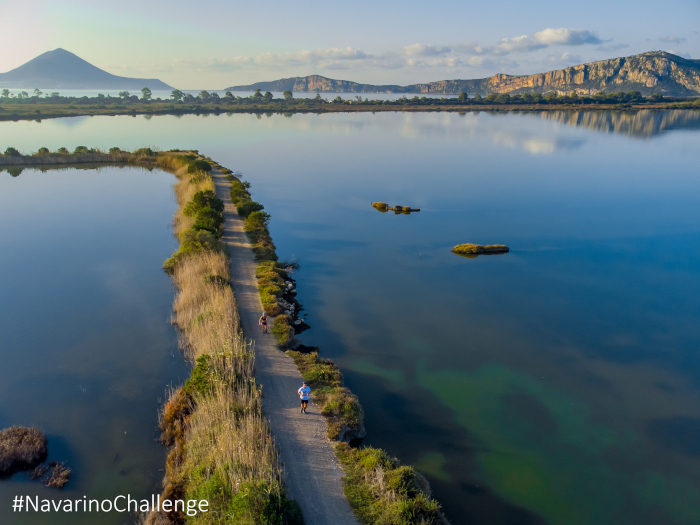 The event ensured the implementation of sustainability principles, contributing with its actions to the protection of the environment.

In particular, PHEE is the first company in the world to use as its main raw material the dead leaves of the Posidonia Oceanica plant, and Navarino Challenge is the first event in the world to give participants a medal made of seagrass, as were also the plaques given to the honorary awards. A Greek product, from a company based in the Peloponnese that innovates by promoting the principles of “green” entrepreneurship and the reuse of natural resources. At the same time, participants were given bags from recycled plastic, registrations were made with Samsung tablets replacing the use of paper, and with the assistance of the π³= Plastic Pollution Prevention powered by Miele team, they took care of the event’s zero footprint, also undertaking the cleaning of the running routes. The event’s vision is the maximum possible contribution to sustainable development in harmony with nature.

The true meaning of volunteering

The volunteers of Deree – The American College of Greece offered a significant support by encouraging all runners. Athens Medical Group supported the running activities as a Medical Partner, while the contribution of the Hellenic Rescue Team – Messinia Prefecture, which helped in the Navarino Challenge running races, was also of key importance.

For another year, the event conducted research on the financial impact of sports tourism in collaboration with Deree – The American College of Greece, the findings of which will be presented in the coming months.

Navarino Challenge, like every year, will once again contribute to society with the action of Sharing Is Caring. The items of the online sports auctions will be offered via Silent Auctions and the total revenue will benefit the following 10 non-profitable organizations – CSR Partners: A Little Shelter, Diaforozo, Dogs’ Voice, Fylakas Angelos, HOPEgenesis, Karkinaki, Mikros Prigkipas, the Social Kitchen “The Other Person”, π³= Plastic Pollution Prevention, “Shedia” street paper – “Diogenes Non Profitable Organization”.

Navarino Challenge took place under the auspices of the Ministry of Tourism and the Greek National Tourism Organization.

The event joined the Greek actions of the #BeactiveHellas 2022 program of the European Commission which is held under the auspices of the General Secretariat of Sports.

The event was organized by ActiveMedia Group which was also responsible for the event’s Sports Production.