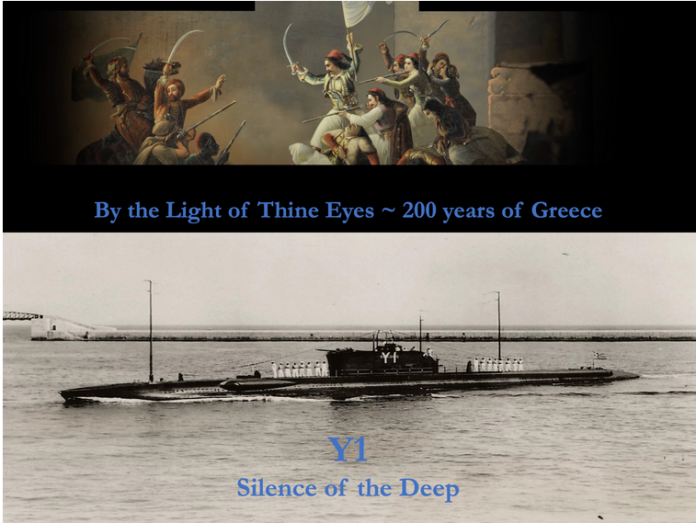 As we continue to celebrate 200 years of Modern Greece and the people who have contributed to it, the Basil P. Caloyeras Center for Modern Greek Studies at Loyola Marymount University partners with the Los Angeles Greek Film Festival to screen, under the auspices of the Consulate General of Greece in Los Angeles, the documentary Y1: Silence of the Deep (2020), directed by Philippos Vardakas and produced by Stelios Efstathopoulos.

The film looks at the riveting story of legendary submarine Y1 Katsonis that was sunk during WWII by the Germans north of the island of Skiathos on September 14, 1943.

75 years later, with the support of the Hellenic Navy, the filmmakers searched and located the submarine at 253m depth. Alongside the challenges to locate Y1 Katsonis, the personal stories of these WWII heroes come to life with material from unpublished documents, crewmembers’ diaries and narratives, as well as family members’ testimonies.

The film will stream online from October 27 through October 31 and it will be followed by a LIVE Zoom discussion with the filmmakers and journalist Bilio Tsoukala, the daughter of Y1’s Commanding Officer Elias Tsoukalas on Saturday, October 30 at 11:00 am PST.

Additionally, the documentary “By the Light of Thine Eyes” 200 years of Greece (“Σε γνωρίζω από την όψη” 200 ΧΡΟΝΙΑ ΕΛΛΑΔΑ), produced by the GREECE 2021 Committee, will also be available for viewing from October 27 through October 31 on the same platform.  The film imaginatively narrates the two centuries of modern Greece. It has been based on archival material and evidence and approaches the subject by highlighting not only instances from our military and political history but also facts from the fields of science, arts, and everyday life.

To attend the Zoom discussion with the Y1 filmmakers, on Saturday, OCT 30 at 11am PST, RSVP here: