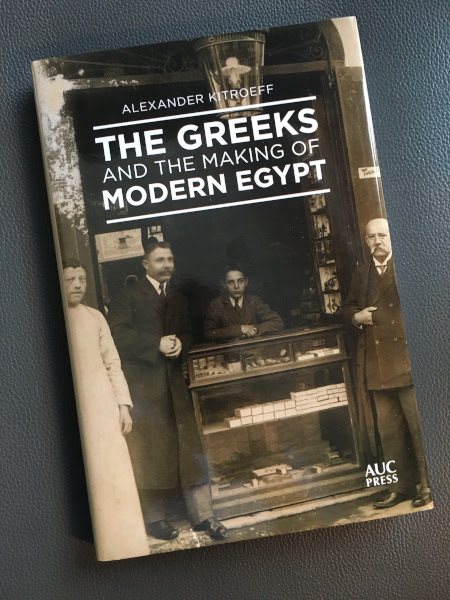 From the early nineteenth century through to the 1960s, the Greeks formed the largest, most economically powerful, and geographically and socially diverse of all European communities in Egypt. Although they benefited from the privileges extended to foreigners and the control exercised by Britain, they claimed nonetheless to enjoy a special relationship with Egypt and the Egyptians and saw themselves as contributors to the country’s modernization. The Greeks and the Making of Modern Egypt is the first account of the modern Greek presence in Egypt from its beginnings during the era of Muhammad Ali to its final days under Nasser.

“This is the single best book on the role of the one-time flourishing Greek community in Egypt: richly sourced, wide-ranging, and subtle and complex in its judgments, by one of the world’s leading scholars of the modern Greek diaspora.”—Robert Vitalis, University of Pennsylvania

“This finely written book is a must-read for all those with an interest in the story of the Greeks in nineteenth- and twentieth-century Egypt and the complex and intricate relations that existed between Egyptian Greeks (Egyptiotis), the Greek Orthodox Church, and the homeland.”—Mohamed Awad, Alexandrian historian and conservationist

“A marvelously comprehensive historical study of one of modern Egypt’s most important foreign communities, as rich in detail as it is sensitive to the complex nature of the community’s internal structures, its adaptability in face of changing internal and external power relationships, and the nostalgia with which its surviving members now remember its sojourn in a wondrous land.”—Roger Owen, Harvard University

“Alexander Kitroeff’s magnificent book, “The Greeks and the Making of Modern Egypt”, is a work of great scholarly maturity and personal love. He offers a stimulating overview of modern Egypt’s most populous and influential foreign community, based on many years of research, a comprehensive reading of sources, and a personal and deep connection with Egypt dating back to the late nineteenth century, when his great-grandfather emigrated from the isle of Chios and settled in Alexandria.”—Robert L. Tignor, Princeton University.