Anna – Maria and Eirini Alexandri: Our 4rth World Championships are over and we can’t believe it 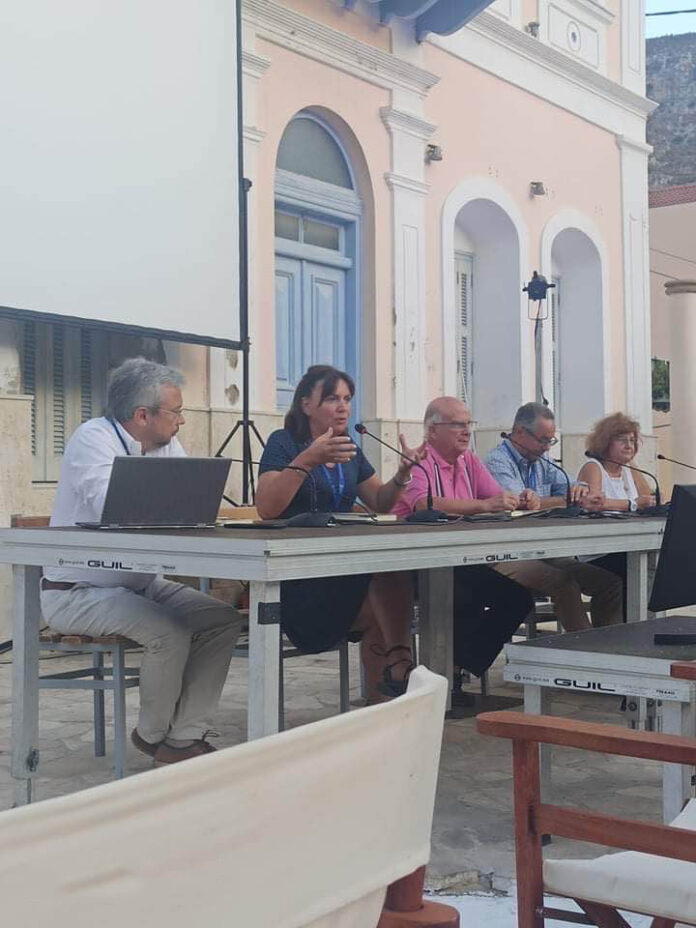 6th “Beyond Borders” International Documentary Festival of Castellorizo island Presentation of the new publication of the Hellenic History Foundation (IDISME) “Themistocles L. Chrysanthopoulos: In the labyrinth of the Greek Diplomacy – Ministry for Foreign Affairs 1945 – 1980”

The new publication of the Hellenic History Foundation (IDISME) titled “Themistocles L. Chrysanthopoulos: In the labyrinth of the Greek Diplomacy – Ministry for Foreign Affairs 1945 – 1980” was presented in the Dodecanese, and specifically in Castellorizo, the place where the honorary ambassador Themistocles Chrysanthopoulos served as a representative of the Greek Foreign Ministry, during the period of the incorporation of the island complex into mother Greece.

The book, which offers a chronicle of the life and work of Themistocles Chrysanthopoulos who consistently and responsibly served his country from all the posts assigned to him, was presented in the context of the parallel events of the 6th “Beyond Borders” International Documentary Festival of Castellorizo which takes place from August 22-29 on this remote island at the edge of the Aegean.

His children, Leonidas Chrysanthopoulos also an honorary ambassador and Daphne Chrysanthopoulou – Georgiopoulou, were in Castellorizo ​​and communicated their own memories and experiences of their father’s personal experiences to the attendees.

The artistic director of the ​​International Festival of Castellorizo and General Secretary of the Hellenic History Foundation (IDISME), Irini Sarioglou, who coordinated the event, stressed the important work done by Chrysanthopoulos as Consul General of the city but also the special interest that the book presents as it is an interesting handbook of diplomacy. 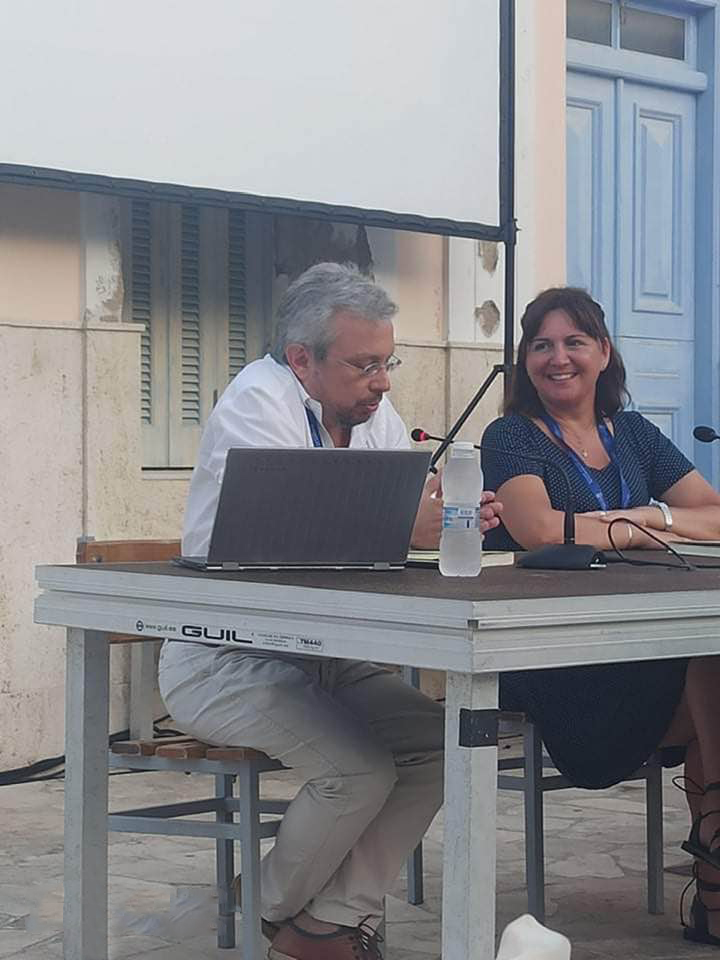 Vassilis Lolidis aptly stressed in his speech that “if Themistocles Chrysanthopoulos were alive today, he would certainly not hide his joy for the fact that the first official presentation of his diary in the form of an interesting book takes place here, in Castellorizo, in the easternmost point of the Aegean, Greece and Europe. Greece which he witnessed growing in size at the time – a goal which he actively worked himself towards.”

The incorporation of the Dodecanese into mother Greece in March 1947 coincided with his appointment as representative of the Foreign Ministry in Rhodes. “Based on the detailed record of all the events that took place and in which Themistocles Chrysanthopoulos played a leading role, it is clear that this transition from British rule to Greek administration was anything but easy and simple… And while in the Dodecanese he saw Greece growing and expanding. In Istanbul he saw Hellenism shrinking. He witnessed up close the beginning of the deportations of the Greeks of the city, he experienced their worries and concerns and through his recordings he does not hide his sorrow and bitterness as a result of this event”.

In his own speech Giannis Mandalidis, who was born and raised in Istanbul, referred to the initiatives undertaken by Themistocles Chrysanthopoulos in a particularly critical and difficult period for the Hellenism of the city as the deportations had begun. “Themistocles’ son, Leonidas Chrysanthopoulos, as the consul general of Constantinople, grabbed the thread from where his father left it when he was also serving in the city and continued it, trying to stop the bleeding of Hellenism in the city and supporting young people at that time in every possible way to help them stay in Istanbul”.

Mr. Mandalidis made special reference to the ecclesiastical diplomacy exercised with special skill by Themistocles Chrysanthopoulos during his tenure in Istanbul and the special relationship and communication he developed with the Ecumenical Patriarch Athenagoras.

Chrysanthopoulos was described as a visionary and realist by the honorary ambassador Georgios Veis, who in a videotaped speech during the event emphasized that this combination of vision and realism are difficult qualities to combine as a diplomat. 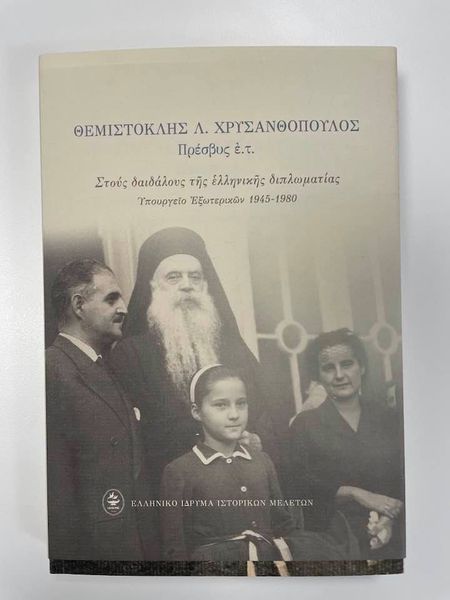 Mr. Veis stressed that the book is not a “praise of self” but an important record of others, a handbook of diplomatic action that he exercised throughout his tenure. He also made special reference to the contribution of Themistocles Chrysanthopoulos in the establishment of the Diplomatic Academy of the Ministry of Foreign Affairs.

The testimonies of the children of Chrysanthopoulos, Mr. Leonidas Chrysanthopoulos and Mrs. Daphne Chrysanthopoulou-Georgiopoulou were emotionally charged, as they presented the father and the diplomat through their own eyes as well as the important experiences that they both gained as they witnessed him carrying out his duties. 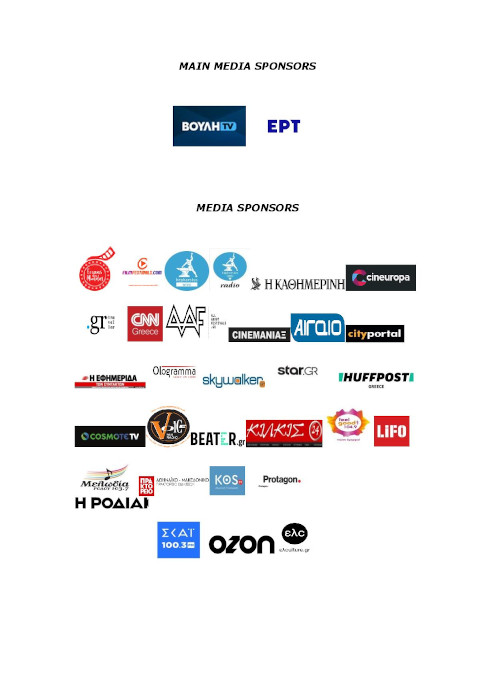 The Official Selection of Beyond Borders Documentary Festival, Castellorizo