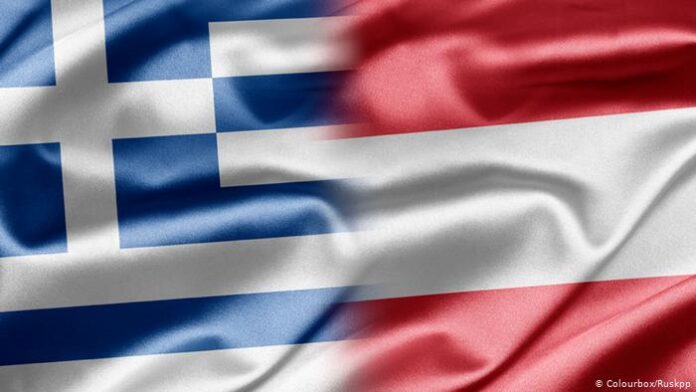 After the EU integration, the bilateral status of many European states weakened in order to strengthen the multilateral initiatives that Bruxelles support. When the EU failed to face challenges full of complexity, the states took the proper initiatives to cooperate with other countries that have more in common. Greece and Austria comprise an excellent case study of cooperation within the EU. The practice of bilateral cooperation follows the augmentation of trust between them. If there is a positive experience in one sector, then countries usually try to test their cooperation in other aspects. The migration issue brought closer Greece and Austria.

Austria is a landlocked state which is at the center of Europe. Austrian and Polish powers deterred the Ottomans to invade Vienna. Such an invasion could change for good the historical sequence of European politics. Its immense geopolitical importance comes from its history as an empire. Austro-Hungarian empire was not only a remarkable power of the 19th century but also the geopolitical buffer zone among Germany, France, and Russia. Its existence was substantial for the balance of power. WWI began with the assassination of Ferdinand. After the dissolution of the Austro-Hungarian empire, Austria continued to play an important role in European geopolitics.

The contemporary role of Austria is still critical. As a member of the EU and with excellent relations with NATO, Vienna can influence the policies of Brussels. Austria plays again its significant role in Western Balkans. The Balkan Peninsula is still an area that calls for prosperity and stability. Austria gave its political aid to bridge the gap between Western Balkan- states and the EU in order to help states like Albania to reach the prerequisites to continue the negotiations with Brussels. The major goal of states like Serbia and Albania is to be full member-states of the EU.

Greece is the other power of the Balkans. Austria can influence some states of the Balkan Peninsula but is not -in geographic terms- a Balkan power. After the Soviet Union collapsed, Greece took the responsibility to bring the Balkan states closer to the West. The impact of Greece in the growth of Bulgaria and Romania and Albania gave the incentives. Greece’s role as the most powerful member of NATO in the Balkan Peninsula is also another aspect of the umbrella of security that this region needs. To cut the long story short, Greece is the epicenter of the USA and EU to prevent a Russian comeback in the Balkans. In other words, Austria and Greece have common interests in the Balkan Peninsula. If the Balkans enjoy stability and peace, then Vienna and Athens could feel more secure. But Greece and Austria have far more in common.

Turkish malign influence in the Balkans is another issue that brings on the same side Greece and Austria. The officials of the two states agree that an aggressive, non-European power that doesn’t meet with the stipulations of NATO and with EU rules, should not interfere in European affairs. Unfortunately, members of ISIS are in the Balkan Peninsula. Austria supported Greece regarding the request of Athens that the EU should impose sanctions against Turkish behavior in the Aegean and Eastern Mediterranean against Cyprus. Moreover, Austria supported Greece in the previous year when Turkey encouraged thousands of refugees to invade the Greek borders in Evros by sending special equipment to Greece, in order to defend its borders from the Turkish hybrid threat. Turkish policy became so ruthless that Turkey’s officials didn’t hesitate to weaponize the refugees against a sovereign state.

Austrian Chancellor has already underlined that Greek borders are the borders of Europe. The cooperation between Greece and Austria is still in the beginning. More stable coordination of the two countries is ahead. The major factors that pre-announce an improvement. Athens and Vienna both desire to control the refugee issue by conducting a new European migration policy. Second, the two governments have already expressed their anxiety about the destabilizing Turkish role in the Eastern Mediterranean and in the Balkans. Finally, Greece and Austria could affect positively the Western-Balkans using either EU tools and procedures (The Berlin Process) or their very influence. The future of Greek-Austrian relations looks brighter than ever before.