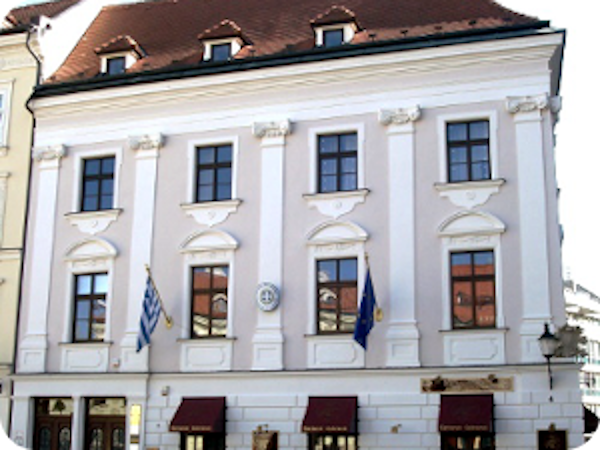 The year 2021 is a milestone in the history of Hellenism, because it marks the bicentennial of the Greek struggle for freedom that led to the independence from the Ottoman Empire and the establishment of the modern Greek state, which is the carrier that transferred the Hellenic Cultural heritage to the modern era.

The Greek revolution transcended the national borders and had a global impact that was reflected in the huge wave of philhellenism and philhellenes, who supported the Greek struggle for freedom, inspired by the ideals of the ancient Greek culture, which contributed greatly to the shaping of the World and the European Civilization.

The significance of the Greek revolution lies in the fact that it safeguarded the Hellenic Cultural Heritage, and its continuity, in its journey from antiquity to contemporary times.

The Greek and the Slovak nations have much in common and the bonds that unite them were forged in history.

The influence of Saint Cyril and Methodius, two brothers from the Greek city of Thessaloniki, in the time of Byzantium, on the Slavic and, subsequently, the Slovak culture was of crucial importance.

Both nations share the common experience of having lived for prolonged periods of time, in their history, under foreign occupation and rule and they both managed to preserve their national identity, their culture and their language, and struggled for freedom and independence.

In the modern era, the Greek and the Slovak nations share the same principles and values and have the same commitment to International Law, which is their compass on the international stage. They look eye to eye on the international, regional and European issues and they take a common approach in dealing with the challenges of our times.

Both nations form part of the European civilization and culture and are partners and allies in the major European and Euro-Atlantic institutions.

The anniversary of 200 years from the Greek revolution offers an opportunity to the Greek and the Slovak peoples to celebrate jointly their common cultural and historical ties.