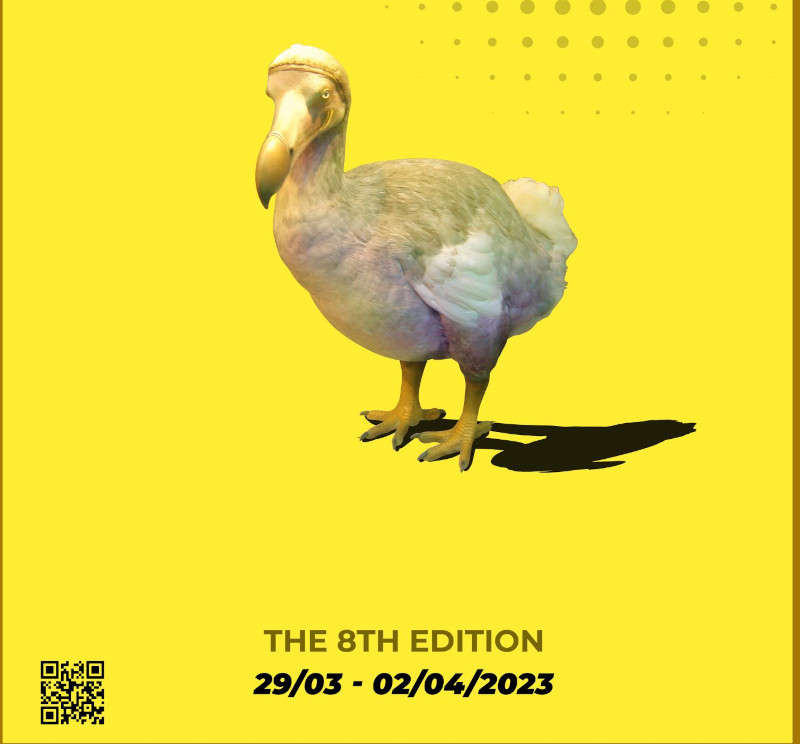 The Greek Film Festival in Berlin reveals its new keyvisual that will mark the upcoming 8th edition. The festival smiles and laughs with the comedy, satire and dramedy which a big part of the new edition’s program is dedicated to.

A central position in the keyvisual is occupied on a yellow background by the photo of a dodo, this ugly, funny but also cute bird, which lived peacefully and with harmony with the whole animal kingdom throughout its existence in the world. The dodo sadly disappeared from the planet about 300 years ago, a loss many are unaware of. His story comes to light with the famous film “Dodo” by Panos H. Koutras, which had its world premiere at the 2022 Cannes film festival. 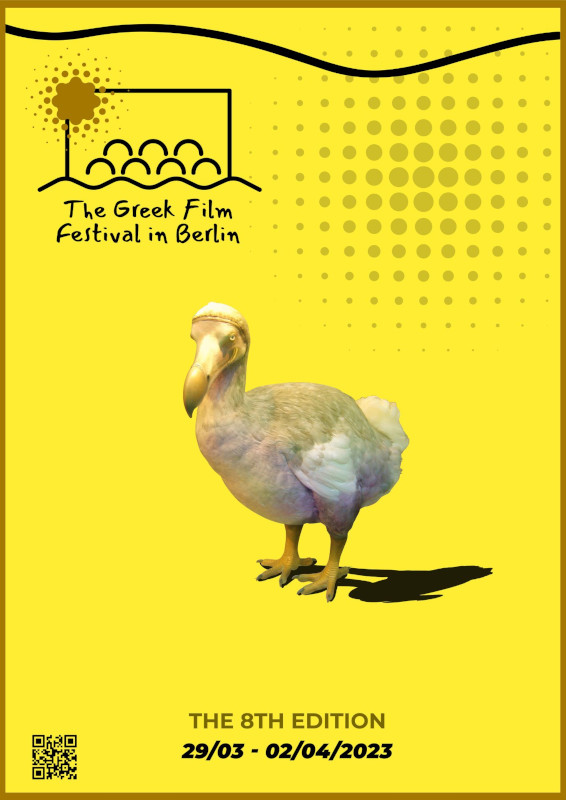 “A …bird as the keyvisual of a film festival? You look at the dodo and you smile but also laugh. If one looks at the keyvisual closer, it is already smiling along with the line above him. On the other hand, you feel a bit sad about his disappearance. This association leads us to the cinema, this beloved entertaining habit that has been through tough times lately. We wish that cinema will prevail surviving the crisis, and that it will not be lost like dodo, but will remain alive so that we can all enjoy it together for a long long time” according to the organizers.

The keyvisual was developed as a concept by the members of the festival team based on feedback and discussion which contributed to the result.

The full festival program of films and events will be announced in early February.