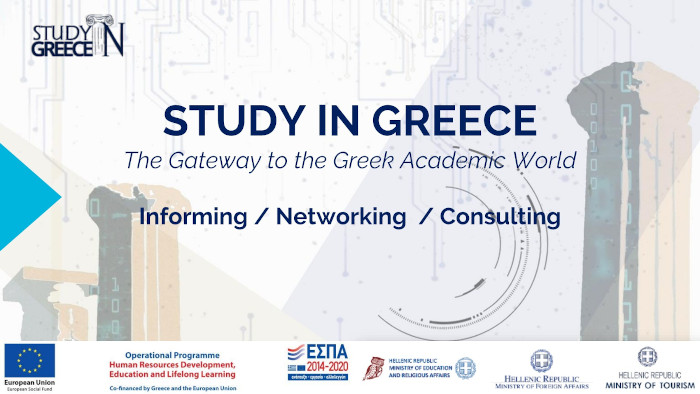 Study in Greece participated in the online fair “ASEAN-EU Higher Education Fair 2022”, organized by the EU Delegation to ASEAN (EUD) and ASEAN Secretariat.

This particular fair aims to highlight the EU’s commitment to expand education, research and scholarship opportunities across Europe and Southeast Asia. This year, the fair coincides with the 45ᵗʰ anniversary of ASEAN-EU Dialogue Relations, as well as with the 55ᵗʰ-anniversary celebrations of the establishment of ASEAN.

During the event, the project manager of Study in Greece, Professor Christos Michalakelis, presented SiG’s mission and actions aimed at enhancing extroversion and internationalization of Greek universities, while numerous students who visited SiG’s booth had the opportunity to learn about the wide range of study options offered by Greek HE institutions, as well as to get practical information about student life in Greece.

Students were particularly interested in English-taught programs in the fields of Medicine, Economics & Business and Computer Science.

Study in Greece would like to thank the organizing bodies for this opportunity to take part in a fair that strengthens academic relations between Europe and Southeast Asia, wishing to repeat its participation in the future.