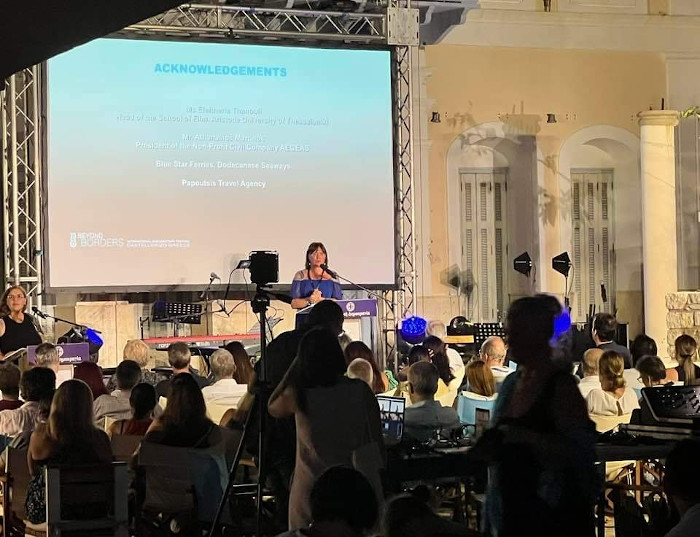 “Where documentary meets History and Culture”

Under the auspices of S.A. President of the Republic Katerina Sakellaropoulou, the ​​International Documentary Film Festival “Beyond Borders” started on Sunday, August 21.

The Festival for the seventh consecutive year welcomed last night at the “edge of the Aegean” in an extraordinary evening directors, filmmakers, producers, artists as well as representatives of the political and intellectual community, in a celebration filled with love for the Documentary, History and  Culture.

The Opening Ceremony of the Festival started, as every year, from the Municipal Hall of the Castellorizo island with the magnificent exhibition of the Hellenic Parliament Foundation, “The Land of Attica welcomes the Refugees of ’22“. The guided tour and the curation of the exhibition were undertaken by the museologist, Kalliopi Tzortzatou.

Afterwards, many official guests addressed the Festival and honored the Festival with their presence: among others, the representative of the Prime Minister and Secretary General of Contemporary Culture, Eleni Doundoulakis, the representative of the ATHP Ecumenical Patriarch, Mr. Bartholomew, archpriest Giorgos Maltezos, the regional governor of South Aegean Region George Chatzimarkos and the Australian ambassador to Greece Athanasios Spyrou. The flow and coordination of the Opening Ceremony was undertaken by the renowned journalist Evanna Venardou. 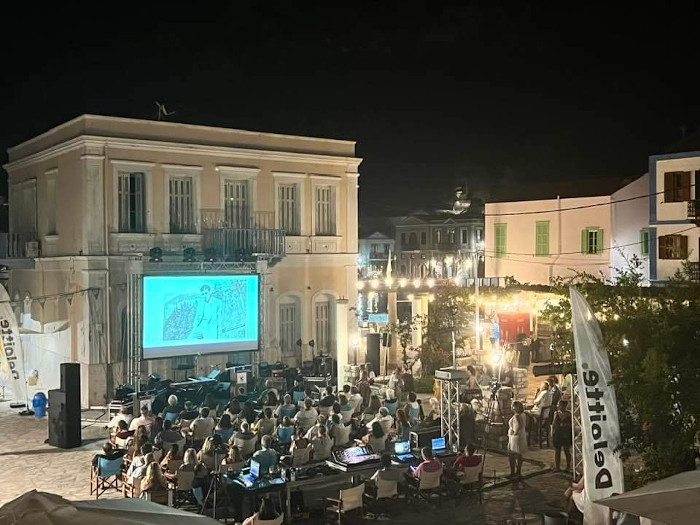 In her greeting, the Artistic Director of “Beyond  Borders”, Irini Sarioglou, gave a brief presentation of the rich cultural and educational program of the Festival, which this year is coming to meet its diverse and multicultural audience, more upgraded than ever.

As an opening screening, the Iranian film “Radiograph of A Family” (IDFA Awards 2020), by the acclaimed director Firouzeh Khosrovani, was screened in a nationwide premiere. A film of experimental cinematographic form and fluid audiovisual representations, which deals with the universal core of human lives: love stories torn apart when personal paths and individual desires cease to converge, all against the backdrop of the Iranian Revolution of the late 1970s. 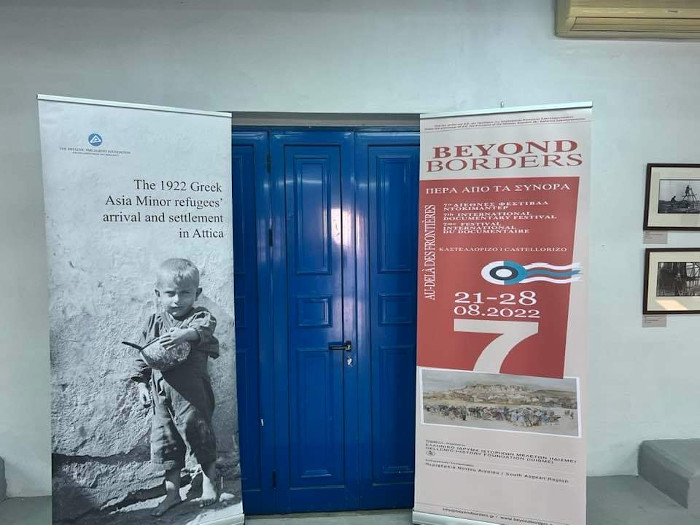 Closing this brilliant evening of celebration and cinematic avant-garde, Iro Saya together with a group of excellent musician soloists, wandered the audience beyond the borders with the musical performance “I miss and I sing“, which had as its central theme the completion of 100 years from the Asia Minor Catastrophe of 1922. With strong tones of the East, Smyrna, Rebetiko and Pontic song they composed a musical feast full of melodies and rhythms, reminding us that the music we have today is not only sound combinations, but above all it is memories, feelings  and experiences of an entire people who for many centuries make their joy and pain music, wherever they are. The Opening Ceremony was broadcasted, for the first time in the history of the event, in live streaming by APE-MPE. 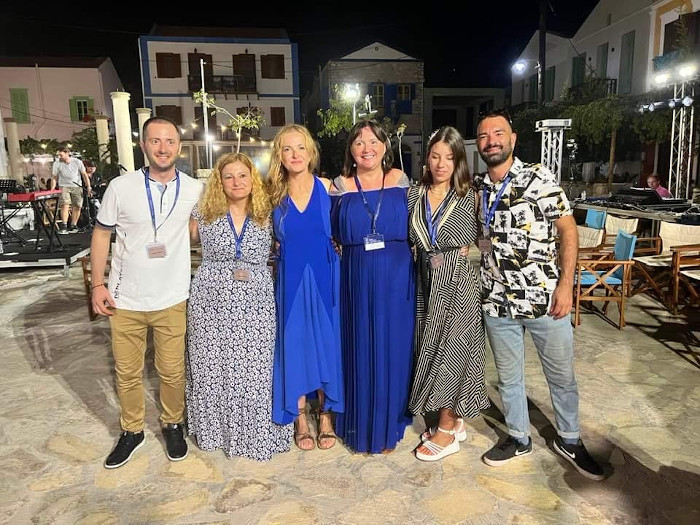 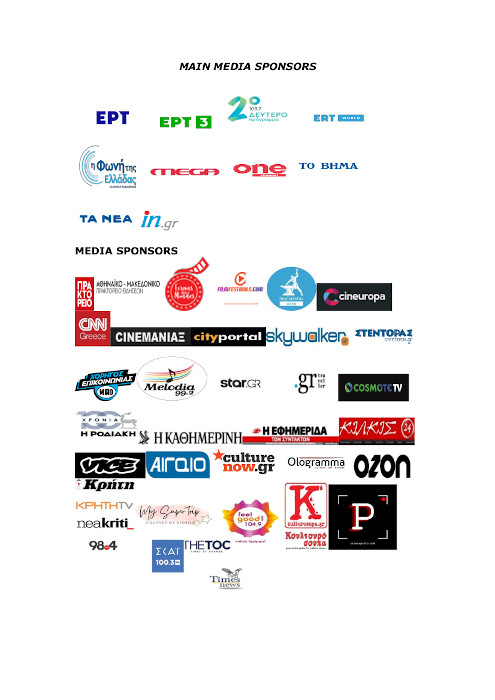