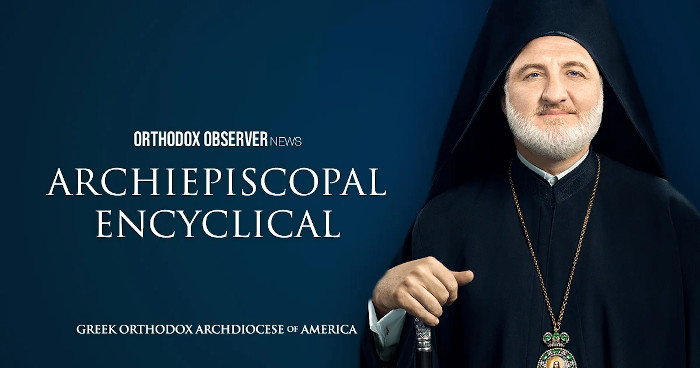 Archiepiscopal Encyclical for the Commemoration of OXI Day

Unto the Most Reverend and Right Reverend Hierarchs, Pious Priests and Deacons, the Monks and Nuns, Presidents and Members of Parish Councils, Honorable Archons of the Ecumenical Patriarchate, Members of Leadership 100, the Day and Afternoon Schools, Philoptochos Societies, the Youth, Greek Orthodox Organizations, and the entirety of the Christ-named Plenitude of the Holy Archdiocese of America:

But thanks be to God, Who gives us the victory through our Lord Jesus Christ!

Dear Brothers and Sisters in Christ,

On this OXI Day, the day when we remember the courage and the unlimited bravery of the Greek People in the face of fascism and oppression, we offer up our profound gratitude to God. Not only for the victory of those valiant heroes, but for the consequences of that victory in our lives.

We live today – both in Greece and in America – as free peoples, because of the sacrifice of others. They sowed the harvest of our liberty, as the Psalmist says, “with tears, and they wept as they cast their seeds” (Psalm 125:6-7, LXX). They sowed in cold and rain. They sowed in hunger and thirst. They sowed and fought and labored, experiencing horrific deprivations. Many died without seeing the final triumph over the Axis powers. But they knew in their hearts and in their very bones the victory through our Lord Jesus Christ!

In mountains and gorges, forests and ravines, these warriors lived and died like the spiritual warriors of the Church, who made their dwellings, as the Epistle says, “in deserts,

and in mountains, and in dens and caves of the earth” (Hebrews 11:38). Often alone on a mountain post, keeping watch against the enemies of freedom. Or fighting with guerilla tactics against an overwhelming force, the Greeks of World War II never gave up and they never gave in. We all know the delays they caused the Axis, and the hope they inspired around the globe.

My beloved Christians, such valor can never be forgotten. Because in the collective courage of the Greek People, and their willingness to undergo unspeakable hardship for the sake of liberty, we have an image of the victory of the Martyrs of old, and a pattern to which we hold ourselves, for a future that is lived in freedom. It is Christ who gives us the victory – over sin, over evil, and ultimately over death. May we always cherish the harvest of the freedoms granted to us by the sacrifice of others, and ever give thanks to God for such fruits that issue forth from His victory.

With paternal love in our Lord Jesus Christ,