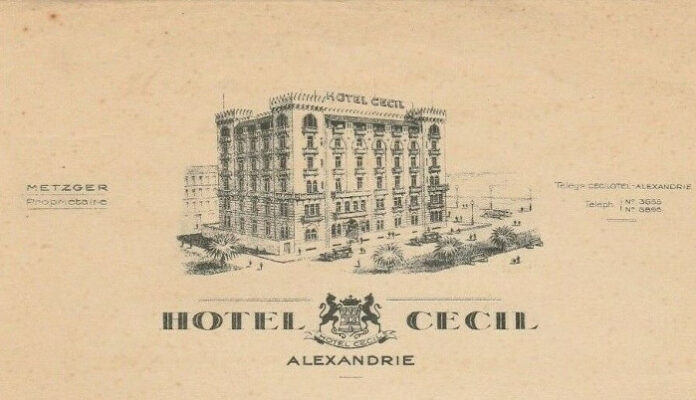 The Cecil Hotel in Alexandria, Egypt, was one of the city’s glitziest and most popular venues in the 1930s and 40s. It was rapidly renowned as the finest hotel in Alexandria and was the famous Lawrence Durrell’s favorite hotel in the city due to its proximity to the sea and later on became a landmark in his famous novel “The Alexandria Quartet”. It was also featured in the famous novel “Miramar” of the Egyptian Naguib Mahfouz in 1967 – the Nobel Award winner. 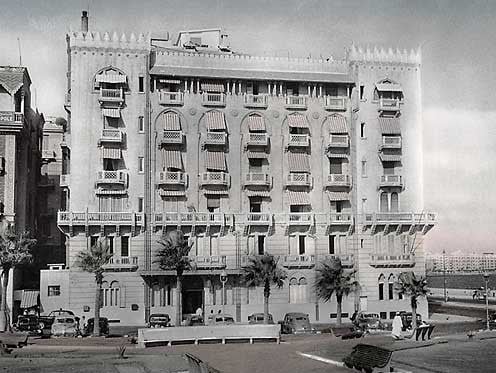 The owner was Albert Metzger. He was a Jewish businessman from Alsace who moved to Alexandria in the early 1900s. He became a British citizen so as to avoid expulsion during WW1. It is documented that when, in 1929, he commissioned Alessandro Loria to build a hotel, Metzger initially called the Regina Palace. However, it seems that the Regina Palace hotel was another hotel, probably owned by Metzger that was operating during WW1. It seems that the name Cecil was chosen after the Hotel Cecil in London, which had been the largest hotel in Europe when it opened in the 1890s.

Following the Egyptian revolution in 1952, the hotel was seized by the Egyptian government. Matzger left Egypt in 1956 after the Israeli invasion carrying only 2 suitcases, and mover to Dar-Es-Salaam, Tanzania. There, he bought the New Africa hotel which in turn was nationalized in 1964. Albert died in 1971. His son, also called Albert and his wife Patricia fought for years to get the Cecil hotel back. 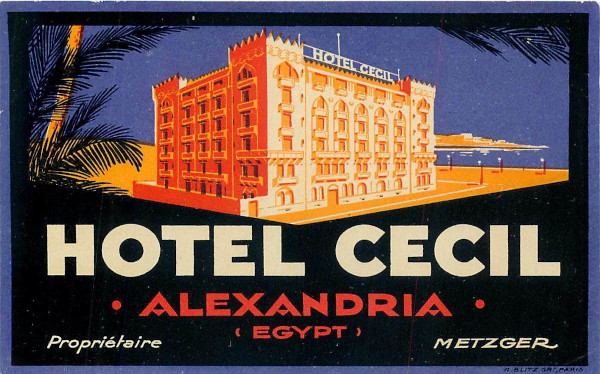 In 2007, after a long lawsuit, the ownership went back to the Metzger family who sold it back to the Egyptian government for US$10m, minus US$4.5 that was spent on renovations. The government eventually leased it to the French Hotel Chain “Sofitel” before “Steigenberger Hotels & Resorts” took over as the managing company of the hotel in 2014 to become “Steigenberger Cecil Hotel”.