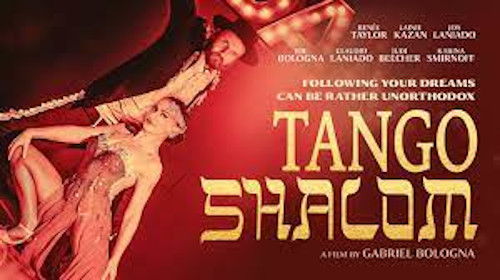 Zoe Tiganouria, a Greek woman living in Greece and not in Hollywood, writes music for a Hollywood movie.

“Tango Shalom” is a family-friendly dance comedy, which sweeped up awards at top film festivals worldwide (including in Montreal, Toronto, Brooklyn and India) and promotes a very timely and timeless message of peace, tolerance and love.

From the director of “My Big Fat Greek Wedding”, the movie “Tango Shalom” is a uniquely joint collaboration with The Vatican, a Hasidic Synagogue, a Mosque, and a Sikh Temple.

In the film stars Lainie Kazan (My Big Fat Greek Wedding, Don’t Mess With The Zohan), together again with lifelong friend and colleague, Academy® and Emmy® Award-winner Renée Taylor (Adam Sandler’s The Do Over, The Producers, CBS’ The Nanny, How to Be a Latin Lover), Joseph Bologna (My Favorite Year, Blame It On Rio, Big Daddy, Lovers and Other Strangers), Jos Laniado (Milcho Manchevski’s Bikini Moon), Karina Smirnoff (Dancing With The Stars, Claudio Laniado (Mudbound), Bern Cohen (The Marvelous Mrs. Maisel), and Judi Beecher (Taken 3, Family is Family, La Garconne).

The dance sequences, which represent different styles and cultures, were choreographed by Caballero (who has worked with Madonna, The Spice Girls, and served as Supervising Choreographer for Dancing With The Stars).

The film is distributed worldwide by the leading independent sales and VOD aggregator Vision Films.

The variety of music genres in the film impressed us, but what mostly surprised us is that a large part of the original music involves a Greek woman composer, who does not live in Hollywood but in Greece!

Zoe Tiganouria talks about her collaboration with film production:

“The music supervisor of the film, Zizi Bologna, discovered the official video of my instrumental composition “Last Tango by Zoe”  on the internet and asked if she could use it in some scenes for the needs of the movie. We agreed and then she asked me to compose the music for an important Tango dance scene lasting 4’30”minutes. The music theme I composed for this scene (“Tango Shalom”), with the participation of the Vatican choir “The Circolo S. Pietro del Vaticano Choir”, that she has brought me in contact with, impressed her so much and then she proposed me to work together the score of the whole film.

So she visited me in Greece… 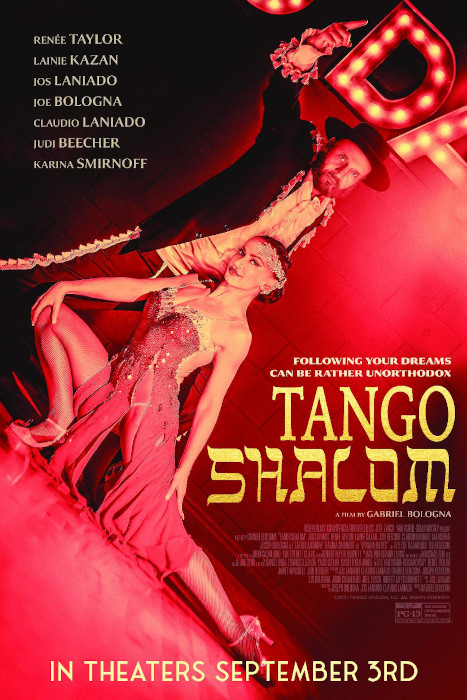 The different language between us, my broken English and its few Greek, did not stand in the way of our cooperation, because the music spoke.

So we made a lot of original music themes in my studio and edited a lot of my existing melodies on the movie scenes.

The positive energy and chemistry between us was evident during the long time we worked together, watching the movie from scene to scene, frame-by-frame, writing music, recording, mixing, laughing, etc.. Tirelessly next to us was my husband Stelios Generalis making the orchestrations, the sequencing and composing some additional musical themes. Later, the director of the film Gabriel Bologna and the protagonist Renée Taylor came to Greece and they were also thrilled with the final result. It was like Zizi and I been known each other for years. I think this can be heard in the final musical result, where so many different types of music coexist. This gives a musical polyphony to the film, which eventually goes straight into the hearts of the audience. After all, the role of music in this film is to promote a message of peace and love among people. The number of awards from the very first screenings are not accidental (see here:  https://www.tangoshalommovie.com/awards) and we are already discussing the music that we will write together in the next film… 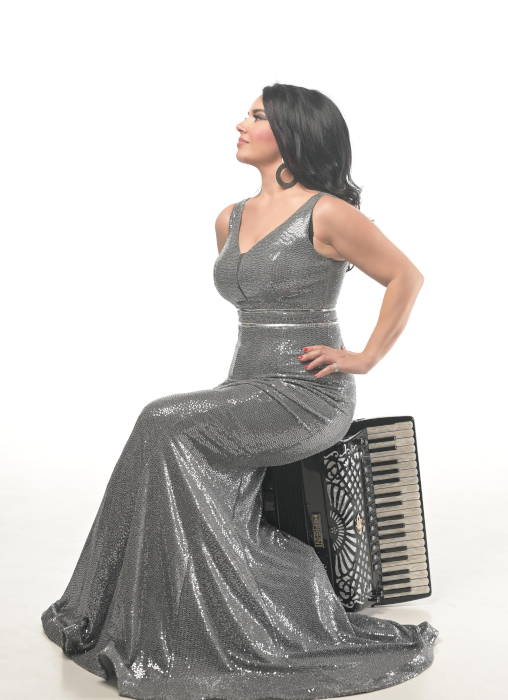 Also, the contribution of ensembles by Greek musicians and choir members (Apollonian Rhapsody Ensemble & Caveiros Choir), created especially for the purposes of the film, played a vital role in the overall sound of the production.

For example, the symphonic music theme of the beginning (“The Holy Land”) and also the ending titles theme (Valentina’s Baloon”) are quite emotional and compelling or, in the theme of the final scene (“Peel The Banana”), where the music sways between the Parisian Waltz and Oriental sounds..

As I always say, ‘Music is one as a whole and is indivisible’. It has the ability to unify people and cultures, and lead them to peaceful coexistence ”

If you have not yet seen the movie and are looking forward to hearing all this wonderful music, the dance comedy “Tango Shalom” has been released since October 29, 2021 on all major streaming and cable TV platforms and on DVD.