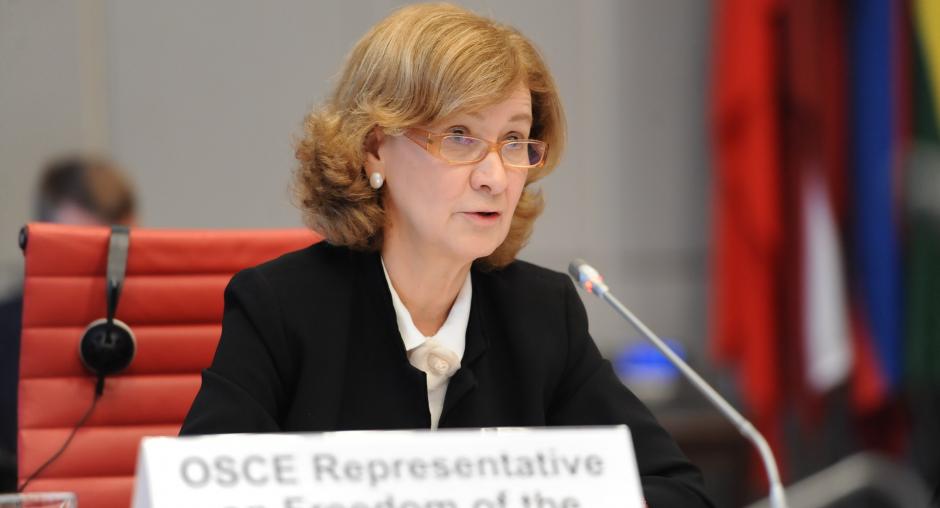 Representative on Freedom of the Media Teresa Ribeiro today, 24 August 2021, expressed her grave concern regarding the expanding practice by Russian authorities to designate media outlets and journalists as ‘foreign agents’.

Ribeiro’s comments follow the Ministry of Justice’s decision of 20 August to add the Moscow-based independent television channel Dozhd (TV Rain) and the Latvia-registered investigative media portal Vazhniye Istorii (iStories) to its list of ‘foreign agents’. On the same day, the Ministry also registered six journalists from iStories as ‘foreign agents’.

“The status of ‘foreign agent’ imposes excessive burdens upon media organizations and individuals, and, by stigmatizing them, exerts a dangerous chilling effect on their work,” Ribeiro said. “The practice of labelling the media is aggravated by a lack of legal certainty and proportionality on the matter. I share the Venice Commission’s recent recommendation to the Russian authorities to abandon the special regime associated with ‘foreign agent’ status, including the related administrative and criminal sanctions.”

In April and May 2021, the Ministry of Justice declared independent news websites Meduza and VTimes as ‘foreign agents’ and in July, the authorities declared Proekt investigative media portal as ‘undesirable’, effectively banning its activities. In addition, five staff members of Proekt, and three other journalists from Open Media and Radio Free Europe/Radio Liberty, were registered as ‘foreign agents’.  On a number of occasions, the Representative raised these and other similar cases with the authorities

Ribeiro also pointed the authorities to her Communiqué “On the right of the media to freely collect, report and disseminate information, news and opinions, regardless of frontiers,” published in May 2021, in which she recommended the concerned participating States to “refrain from stigmatising, or labelling as ‘foreign agent’, media workers and media outlets coming from, or having (financial) ties to parties in, another participating State”.