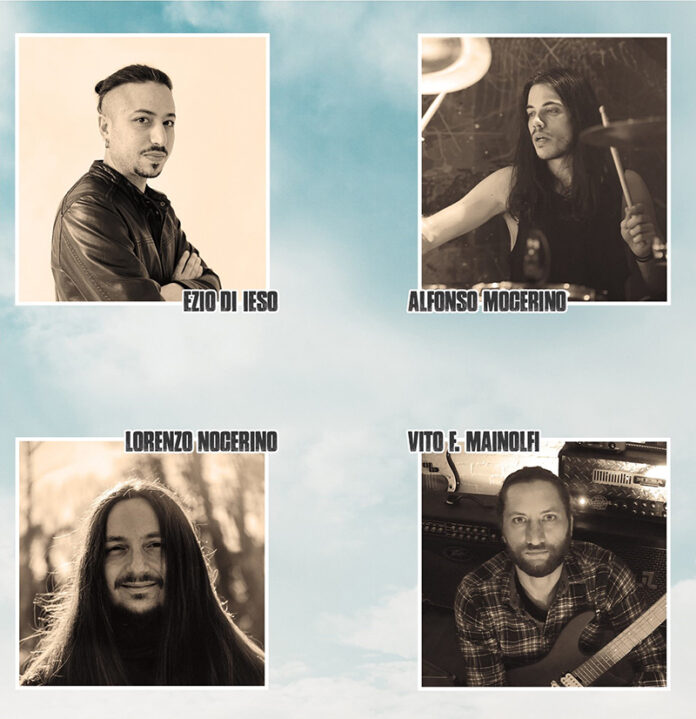 Usually when we listen to prog metal, we think about the other side of Atlantic. Instead, you come from Italy. How much of your cultural heritage is in your own music project and how much comes from the rest of the world?

Hi all, Vito here. Thanks for hosting this talk.

Well, actually I am surprised by this claim…although many prog bands are of course coming from US and Canada, I have to say Europe played the game pretty well: think to Ayreon, Leprous, Opeth for example…and going back in the past to PFM, Kayak, Le Orme, Banco del Mutuo Soccorso. There’s been a strong tradition actually. In Pentesilea Road there many influences.  I have been listening metal for over 3 decades and enjoyed hundreds of bands: I think very many of those have left something in terms of influences, whether in a conscious or unconscious manner. However, if I have to name the main ones, I’d say Fates Warning, Queensryche, Iron Maiden, Dream Theater, Opeth, Porcupine Tree, Savatage, Riverside, PFM, Russian Circles, Pain of Salvation…so many! From the perspective of guitar playing, I have been strongly influenced by Marty Friedman, Satriani, Petrucci, Adrian Smith…

So, I’d say Is pretty much a vast and heterogeneous mix of influences…

Your new album was out early 2021. Where did you choose to record and mix this? After listening to your great new stuff seems that you selected some analog way, right? Emotional or technical choices?

This is a very interesting question. Regarding the recording, due to the pandemic, we have opted for a distributed recording: each artist recorded in its own studio, while guitars and bass have been recorded by me. Mix and Mastering have been done in Rome in a studio, by a great guy who did a fantastic job, but does not want to be mentioned due to contractual reasons. Let’s call him Mr.X 😊

There’s no analog in the production phase, actually…all digital. However, I am personally not a fan of the ultra-clean productions…hence we have tried to leave some glitches and soul within the recording. That’s probably gives the “analog” feeling you are talking about, and I’m happy it sounds like that.

Speaking about heavy metal, this is easy to fall in many clichés. In your opinion, are you bringing something new in the scene?

I don’t know, but I really hope so… we are pretty much using standard melodic constructs, although we try to bring an unconventional approach within the song structure instead. I mean, there are bands (think to Tool or Leprous) that really push the boundaries; we try it as well, but in a different way….

Changes in the line-up are never easy for a band. Do you think it’s easy to regain a balance, not only in the band but also towards the audience?

Well, being this a first album, we did not have a line-up change, but we will probably have for next album. In general, I do think they have a negative effect towards the audience: it will take some time to regain respect and get the listener back to its comfortable zone…but they are often necessary and, in some cases, come with a great improvement!

The artwork of the album is really important. Can you tell us something about it? In which measure the band has the final word about the artwork?

Of course, it is! In this case it’s been all designed by myself and we’ve got a professional to actually make it from the drafts and assemble the booklet. In this case it’s really strongly connected to the album topic…the inlay photo, for example, it’s an old photo of mine on which we did assemble elements from all the places I have been living in the last 10 years. It’s all connected with the idea of the journey…

Speaking of the creative process: can you tell us something about the “birth” of a new song?

I would use the word “instinct”. I am an instinctive composer: I let the moment drive the music; sometimes, the topic. I do like the fusion between different musical styles and in general the wide dynamic within the sound. I do like to describe it as post-progressive. Although not everyone might agree, prog and some post-rock are constantly recurring within the album. Probably post+progressive would have been a better fit but, whatever it is, I hope it will sound distinctive and interesting enough.

Which famous musicians have you learned from?

I have been listening metal for over 3 decades and enjoyed hundreds of bands: I think very many of those have left something in terms of influences, whether in a conscious or unconscious manner. However, if I have to name the main ones, I’d say Fates Warning, Queensryche, Iron Maiden, Dream Theater, Opeth, Porcupine Tree, Savatage, Riverside, PFM, Russian Circles, Pain of Salvation…so many! From the perspective of guitar playing, I have been strongly influenced by Marty Friedman, Satriani, Petrucci, Adrian Smith…

How has your work changed since you began?

Massively. I have been initially been working on this project as a solo musician…then we became a band. Ultimately, as you might expect, making this album gave us a lot of experience on composition, recording, pre-production and so on…probably next album will sound different!

What plans do you have to promote the album? Maybe a release label will help you this time?

For this one, we are really happy with the independent distribution and the agency we are working with. Hower, indeed a label will really make the difference in audience…if you don’t get on the mainstream channels, it’s really hard getting heard…

Do you want to say something to our readers?

Yes, I’d like to thank everyone for the support. For those who don’t know us yet, we will appreciate if you could spend some time listening to our work and following on the social media. For an Indie band, this is very important and will give us the push to do more and better.

Thank you very much for the interview.

To you guys, all the best!