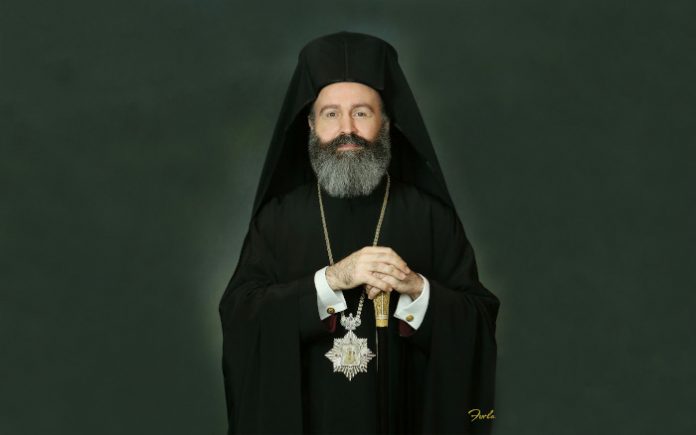 Message from His Eminence Archbishop Makarios of Australia

for the 80th anniversary of the Battle of Crete

One of the most brilliant pages in the history of modern Hellenism and one of the most important chapters of World War II began to be written on a day like today, 80 years ago.

After the occupation of north-western Greece (Epirus) by the Axis powers, the conquerors targeted Crete, the island that gives birth to stout-hearted and brave men. As the courageous youths, who fought heroically on the Albanian front did not have time to return to defend the island, the sacred struggle for faith and nation became a matter for the entire Cretan people. With meagre means but with unity, faith and a spirit of self-denial, Cretans of all ages, both men and women, dared to stand up to the might of Hitler’s forces and become a model of courage and heroism for Europe and the rest of the world, thereby, inspiring nations that were also struggling to build resistance to the Nazi invasion. When they were defeated militarily by the overwhelmingly powerful forces of the conqueror, the Cretans’ mindset, unyielding to slavery, did not falter for a single moment but, rather, they continued to vigorously maintain resistance throughout the entire time of the island’s occupation and until its complete liberation.

This proud struggle for freedom and dignity, and the heavy toll paid in blood by our ancestors is for all of us, today, both a significant legacy as well as an historic debt. Their sacrifice is a valuable beacon that illumines our path and is a guide for what principles and values we should follow. There is no better way to honour our heroic forefathers than by aligning our path with the direction they have shown us by their example. In other words, by maintaining unity between us, keeping our faith in the values of our predecessors and being ready to defend them, whatever the cost and whenever this is deemed necessary.

However, it would be unforgivable if we were to forget the heroic participation of the Allied forces in the defence of Crete. Britons, Australians and New Zealanders fought alongside the people of Crete and even gave their lives for a homeland that was not their own, but eventually became theirs also.

In this common homeland, on this land that was watered with the blood of our common heroes, the seed of friendship between the Greek and Australian people was planted, became a tree, and today we taste its fruits. On the occasion of today’s anniversary, we respectfully bow our heads to the thousands of Australians who fought and fell during the Battle of Crete and we renew our commitment to continue building bridges of friendship and solidarity between their two homelands… between our two homelands!