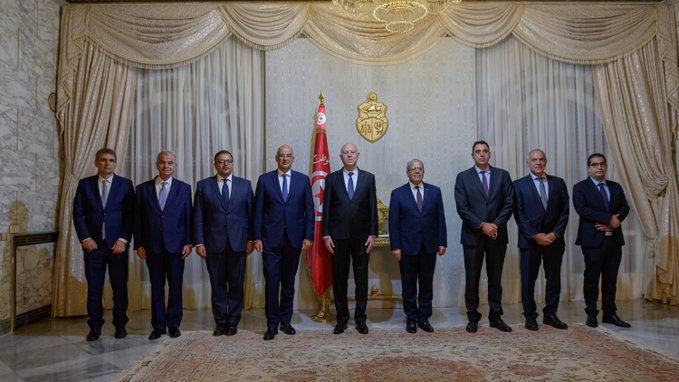 Statement by Nikos Dendias following his meeting with Kais Saied

It is a great pleasure to be back in Tunis today. This is my second visit in a year. The previous visit by a Greek Foreign Minister took place in 2008. This in itself shows a lot about the importance that Greece attaches to its relations with Tunisia. And the Greek Prime Minister Kyriakos Mitsotakis is expected to visit Tunisia in November on the occasion of the Summit Meeting of the Francophonie.

I had the honour today, 7-9-21 of meeting President Saied earlier and in this context I underlined the pioneering role that Tunisia is playing in the broader region. In your effort to establish a genuinely democratic and sustainable system, we are here to help as much as we can. You have made significant steps, in addressing challenges, such as the unstable situation in your immediate neighbourhood and the pandemic.

First of all, Greece is a friend. We want to support you in these difficult times. We are a country with which Tunisia does not necessarily have only historic or cultural affiliations. We have more than that. The Greek community has been present in Tunisia for centuries now. And contrary to other countries in the Eastern Mediterranean, we do not have a hidden agenda in our relation with Tunisia. Our sole interest is your stability and your prosperity.

In this vein, we support you and we will continue to support the forces of moderation in Tunisia. We are against any forces that try to usurp power, using as a cover religious or ideological principles.

Our support for Tunisia is concrete.  We have already sent several tons of medical supplies a few days ago and today we brought 100,000 vaccines in order to help Tunisia address the pandemic.

And we will continue our support, as much as it’s needed.

In order to achieve this, we have to make use of the full potential of our bilateral relationship.

Last time I was here, we signed a maritime transport agreement.  We have to work on its implementation. And convene, as soon as possible, the Bilateral Ministerial Committee, which has not met since 2016.

There is also scope on enhancing cooperation in the multilateral field.

Tunisia was the first country to sign an association agreement with the EU, back in 1995. We need to insert a new dynamic in EU-Tunisia relations. Greece will continue to advocate for a stronger partnership between the EU and Tunisia. We need more.

And, I also want to praise you for the principled position you have adopted on Libya. Yesterday in Athens, I received the Libyan Foreign Minister Najla El Mangoush. I underlined the need to hold elections in Libya before the end of the year, as it has been agreed.  I also stressed the need for all foreign forces, military or mercenaries, to leave the Libyan territory, so as to allow the conducting of free and fair elections in Libya.

And this brings me to my second message.

I came here to support the efforts undertaken in the context of democratic transition by the President.

We cannot allow Tunisia to slide back. That is what the President said and I subscribe to that wholeheartedly. We cannot allow losing what has already been gained and there is a need for a Tunisian solution for the Tunisian people.

Many important efforts have been undertaken in this regard.  We are convinced that the path of reforms should continue.

We hope that there will be a quick return to the normal functioning of the institutions, in compliance with the will of the Tunisian people.

We also hope that a new government will be formed as soon as possible, a government that will continue the efforts already undertaken and engage in a dialogue with all relevant stakeholders, including the civil society in order to address the pressing economic, health and social needs of the Tunisian people.

I believe that Greece, its partners in the region and the European Union are ready to assist Tunisia in building a better future.

For Tunisians, for all of us, for the region as a whole.

Thank you so much for your hospitality and your kind reception in Tunisia here today.