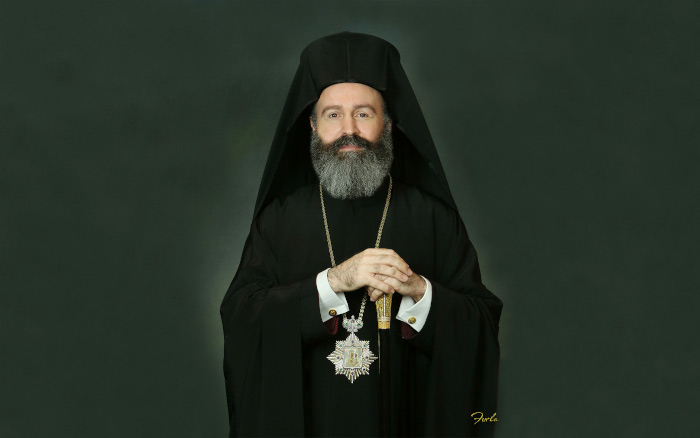 Public apology from the ABC to Archbishop Makarios of Australia

The Holy Archdiocese of Australia welcomes with satisfaction the retraction of the ABC news agency and its expression of an apology to Archbishop Makarios for all the distorting and ultimately slanderous lies it had published in April of this year at the expense of His Eminence, the Greek Orthodox Church, and the Greek faithful of Australia.

Even though belatedly, the news agency has proceeded with admissions that fundamentally dismantle the claims and the conclusions which were included in that ominous journalistic investigation.

In a text that was posted on its official website on Thursday, 9 September (https://www.abc.net.au/news/corrections/2021-09-09/archbishop-makarios-of-australia/13534314), the ABC confirmed very distinctly the absurdity and unfoundedness of the correlation between both the dire situation which the pandemic caused in 2020 at St Basil’s Homes in Melbourne, and the news agency’s details regarding the financial management of previous years, with the person and mindset of His Eminence, Archbishop of Australia.

It is therefore clear that what was promoted and published by the ABC agency is rendered void in its substance and entirety, since a structural element of its content – from its title even to its final claims – was the unmistakeable correlation of matters unrelated between the events and circumstances, with the reproduction and invocation of rumours and anonymous information. Such rumours and information for the most part correspond with all that the well-known group of opponents of the Holy Archdiocese of Australia, of its institutions, and of Archbishop Makarios personally, channel to the Press in Australia and Greece. This group has, for months now, been engaged in a slander campaign against the local Church and its Archbishop, in a systematic and organised way, because its members have either lost acquisitions or are now deprived of illicit privileges which they had in the past. It is comforting that the ABC agency has finally understood that the information, which it unfortunately accepted and reproduced, lacks truth and sometimes seriousness; hence it took care to rectify the matter and apologise.

With feelings of justification, on the one hand, for his decision to strongly oppose the slander attempted against him, and with a spirit of understanding and forgiveness, on the other, for the now admitted misplaced position which the ABC held, His Eminence Archbishop Makarios states that he accepts the apology which is sought by the agency. Therefore, all the legal actions which had been initiated for the emergent legal offences have ceased. At the same time, the news agency has undertaken to pay the amount of money corresponding to the legal expenses that have been incurred thus far.

Given the opportunity, the Holy Archdiocese of Australia and His Eminence Archbishop Makarios express warm thanks and gratitude to all the clergy and laity, the Presidents of the Parishes, Communities, Associations, and Organisations, and the Principles of the Schools and Institutions, whose members exceed 800,000 Australian citizens, for their written testimonies to the Prime Minister of the country; the Leader of the Opposition; the Minister of Press in charge and naturally the Director of the ABC. The intense mobilisation in support of the local Church and of the Archbishop shows the unity that exists within the Greek community of Australia while giving the message that voices from the past cannot shake the work and the vision of the Hellenes of the Fifth Continent.

Moreover, the Holy Archdiocese and His Eminence express sincere thanks to Ms Sue Chrysanthou, Senior Counsel, and Mr George Anton, Lawyer, who took on the case and settled the dispute out of court, while wishing health, creativity, and enlightenment to the executives and staff of the ABC News Agency, that they may serve the goal of journalism and the truth in an effective manner.